Ark: Survival Evolved gameplay relies heavily on resources. One of these resources is Crystal. While you may not find yourself needing Crystal before building your first base, it does come in handy later on.

Sometimes, all I gather Crystal for is to put an operating mirror up at my PvE base. Other times, it’s to upgrade all of my Metal gear to Tek gear. Whatever your reason for gathering Crystal is, the fact of the matter remains that Crystal is necessary to advance in Ark. Let’s begin our Ark Crystal guide by looking at what the Crystal actually is.

What Is Crystal In Ark: Survival Evolved?

Crystal is a limitless resource in Ark: Survival Evolved. It is an ore that cannot be refined nor used as fuel. But it can be used to craft over 140 items and counting. It didn’t play a huge role in the first couple of maps, but with each new map, the importance of Crystal is expanded.

What is Crystal Used For?

Crystal is more important the further you get in the game. At first, the need for Crystal is uncommon, but once you hit mid-game and start upgrading your structures/equipment, you’ll be glad you stocked up, or wish you would have.

The list for Tek structures is extensive, so let me just say that you need Crystal to build any Tek structure, from doors to gateways to catwalks. To be honest, Crystal is the easiest material to gather when building Tek structures. The other materials are Metal Ingot, Element, Polymer, and occasionally Cementing Paste.

All of the Greenhouse structures need Crystal. Greenhouses are used to help crop plots prosper. While you will need Metal Ingot and Cementing Paste to build a greenhouse, Crystal is the primary ingredient.

Greenhouse structures are only slightly stronger than Thatch structures and much weaker than the rest. They should not be used to live in if you play on a PvP server, and instead are reserved for growing crops indoors.

Crystal is used to craft almost everything you’ll need to visit the Aberration caves, even in the maps created after Aberration. In order to build a Hazard suit, charge batteries, and collect gas, you need Crystal. 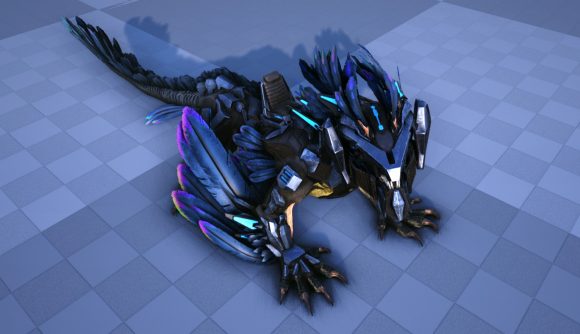 Most saddles do not require Crystal, but there are a few that do. These saddles include Tek saddles and certain saddles with weapons attached.

All Tek items require Crystal, but to make things easier, I’ve outlined the Tek weapons available, as you probably want to know what you can make in the future. The Tek Sword is a popular choice because it isn’t exceedingly costly but still packs a punch when something catches you off-guard. Personally, I find Tek Claws to be the most progressive, and downright fun Tek weapon.

Along with a full Tek suit, you can build numerous other useful Tek items with Crystal. These items aren’t for combat, but they can make life a lot easier.

The Hoversail from Genesis 2 is my favorite Tek item to date. It’s like a cross between the Flying Nimbus and a Maewing, only it runs on Element. 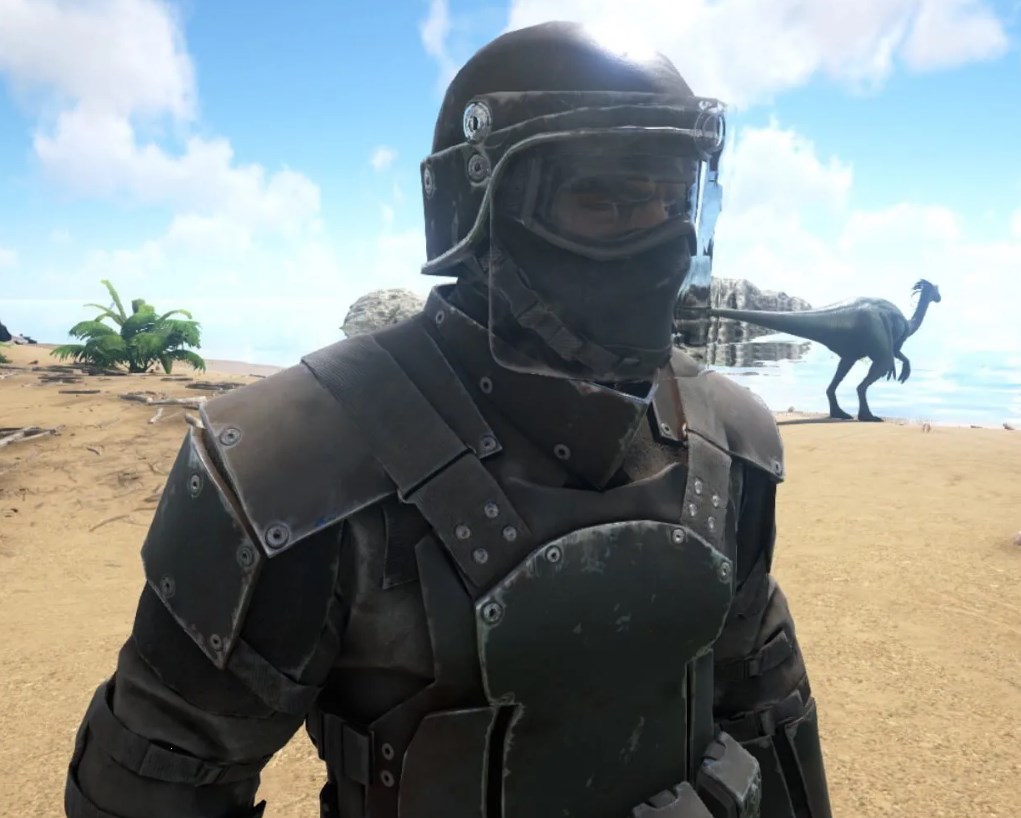 As you can see, the ways you can use Crystal to improve your ability to protect yourself, and ensure that your dinos have their best chance against enemies, is alluring, to say the least.

While tools won’t change the way you play Ark, they can speed up the process of gathering times and simply improve the quality of your life. Simple things like a Spyglass can make spotting creatures easier, while items like the Camera can help you find the small joys in life.

Misc. Crafting And Structures (Base Life)

Now, this is my favorite category. You can transform your base with Crystal and a few mid-game items like it. Air Conditioners and Egg Incubators can make hatching eggs a breeze while Refrigerators and Oil Pumps can take the rough grind out of gaming. 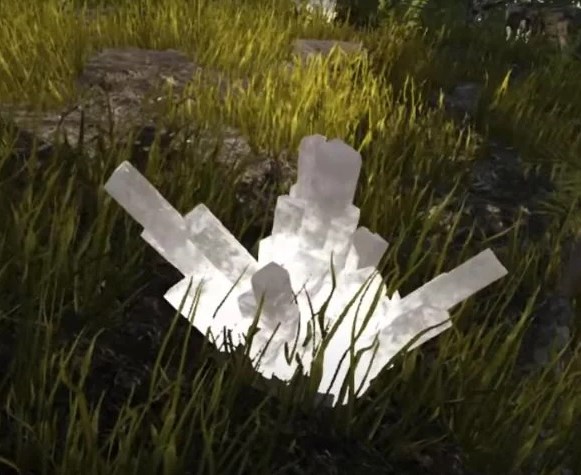 For early game needs, you can use a stone pickaxe on Crystal nodes, which will yield a very small amount of Crystal. But if you want to optimize your time and effort, then use one of these methods.

This may be the most common way to harvest Crystal because you can always carry it without, even without a Cryopod. You can keep your pick with you and harvest Crystal when you find it instead of making a special trip for it.

The Anky is the single best Crystal gatherer. If you need Metal and Crystal, take an hour or two with your Ankylosaurus and you will be set for weeks. 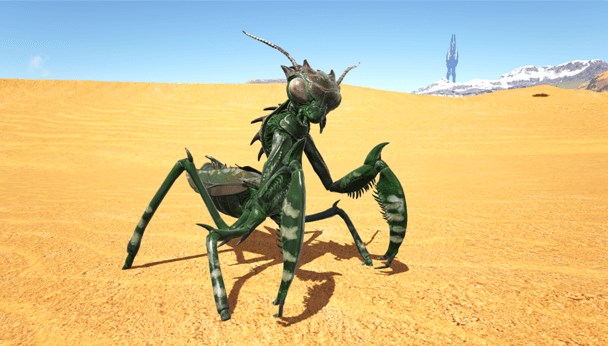 The Mantis is a special creature because it can hold tools just like you can. Just hand the tools to your Mantis and it can gather much better than almost anything else.

The best part is that it has no weakness as far as gathering is concerned. So if you need everything, from Salt to Thatch, then the Mantis is your jack-of-all-trades.

Strangely enough, the Dunkleosteus is great at gathering Crystal. So if you find underwater Crystal that your pickaxe isn’t compatible with, a Dunkelosteus is a safe bet. They’re also a wonderful metal-harvester.

Where To Find Crystal

Crystal isn’t quite as predictably placed as Wood or Metal, which are quick finds on any map. Luckily, I know exactly where to find Crystal on each map in Ark: Survival Evolved.

On The Island, Crystal can be found throughout the map. however, it is most plentiful in the top left corner, where you can find thousands of Crystal in minutes.

Crystal has loads of Crystal. The center of the map, no pun intended, yields the greatest supply. Aside from in the Redwood Biome, Crystal is always found in great amounts. 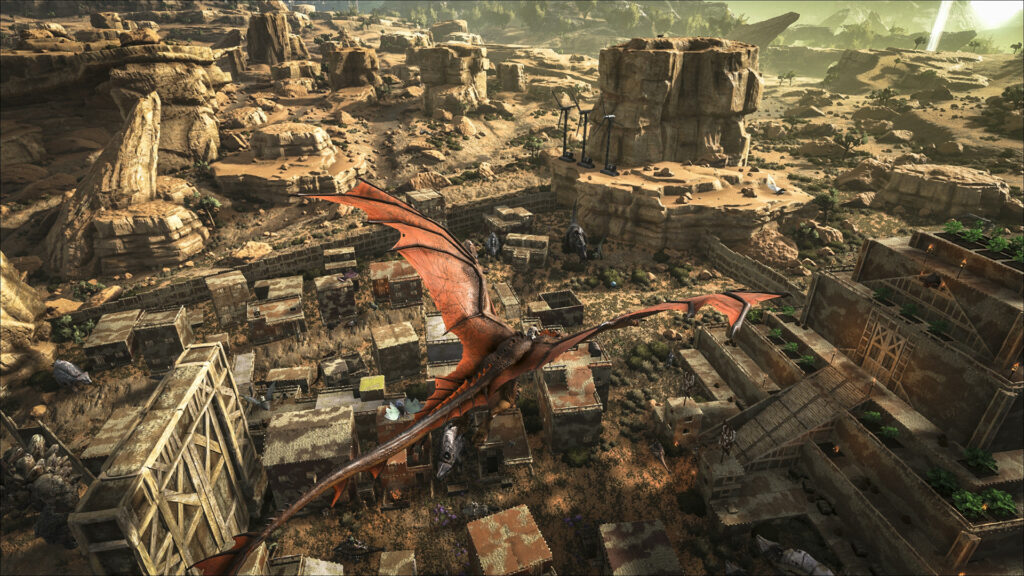 On Scorched Earth, Crystal is a bit rare. You can find it all around the west coast, but the largest deposits are on the Southern Mountains and Northern West Mountains.

Crystal is an easy find on Ragnarok. You can find the most on the right side of the Southwest Tropics, Dragonmilte Trench, and to the west of Viking Bay.

On Aberration, Crystal is located all over the map with the exception of the element region of the map. The surface yields the most with the blue region right behind it.

You won’t have trouble finding Crystal on Extinction. There isn’t a hot spot for it, but you won’t travel far without finding a few deposits.

You may be able to find a few good deposits of Crystal in the Redwood and beyond, but if you need a substantial amount of it, then head up to the snowy mountains. That’s by the far the best place to get Crystal on Valguero.

Crystal is present in all of the biomes, but it is most plentiful in the top left segment and the bottom right segment. You won’t find much in the ocean or the snowy biome.

Rich Crystal can only be found in Space, the area between the segments, but you can find regular Crystal in every biome, with the Western biomes yielding twice as much. 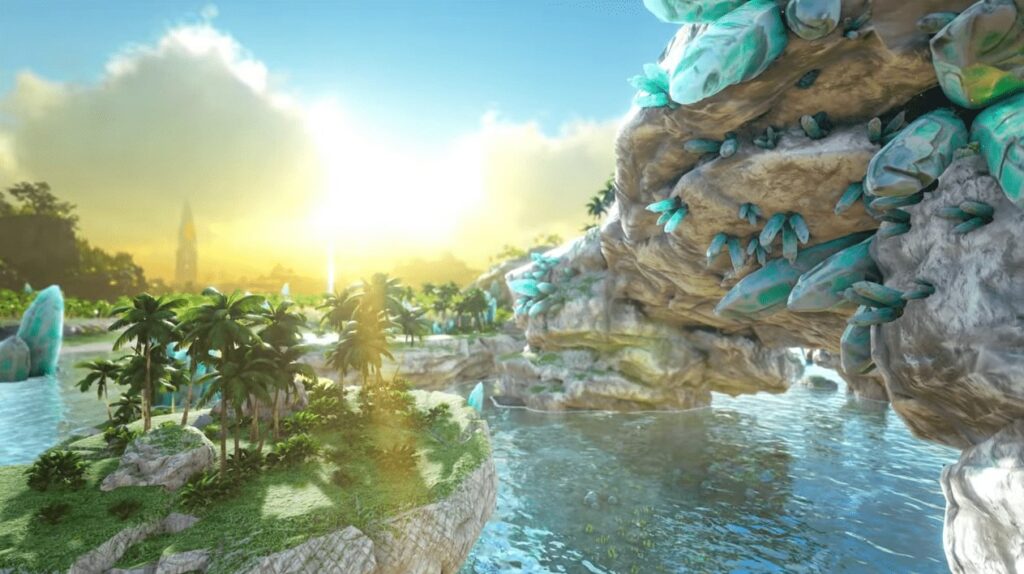 It’s called Crystal Isles for a reason. The orange crystals found around the map often have Crystal in them. But if you want something familiar, check the center of the map, near Copper Peaks.

Zaunaloa and Corsair regions have a lot of Crystal. On Lost Island, Crystal is found in average amounts, but if you don’t want to spend an hour running around looking for it, check these two areas.

The following creatures reduce the weight of Crystal by 50%.

However, a pairing of good gatherers and good pack-mules is ideal. My personal method? Grab yourself an Anky to gather the Crystal and transfer it to an Argentavis. Max weight on the Argie and put the Anky in a Cryopod. This way, you can make it home without running into trouble.

Basic Crystal vs Gems vs Other Crystals 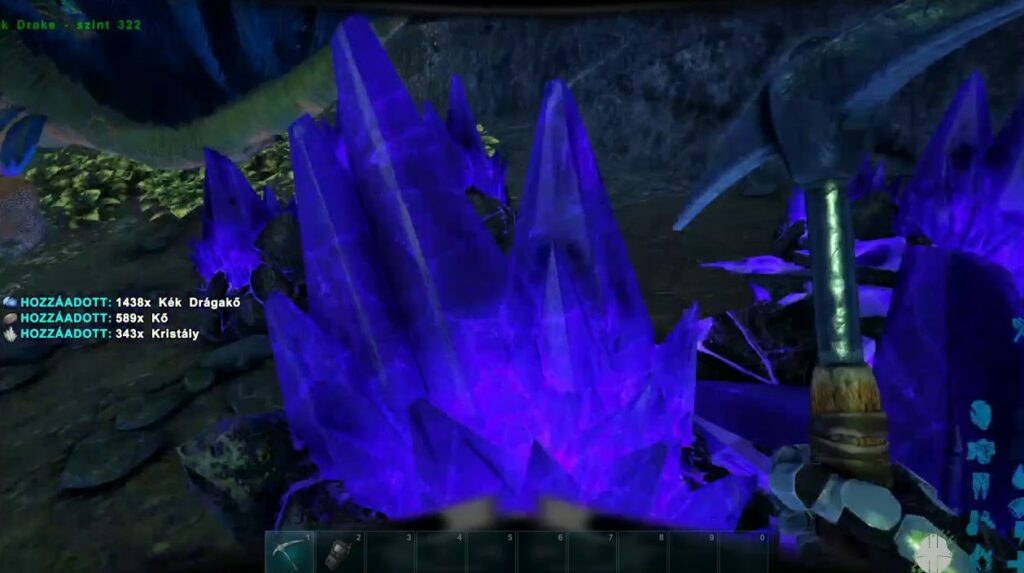 Before Crystal Isles, Crystal was easy to spot and always looked the same. But since Crystal Isles was released, it’s easier to confuse Crystal for Gems, which are a completely different item.

Gems existed long before Crystal Isles, but the Isles have multiple colors of Crytal nodes, all giving the same white Crystal. For this reason, allow me to break down the difference between Crystal and colored Gems.

Question: Is Crystal On Every Map?

Answer: Yes. Crystal has been around since the first map, The Island, was released. It is canon in every vanilla map regardless of the mods added.

Question: Are There Mods With Crystal?

Answer: Yes. There are some mods that add to the utilization of Crystal. For example, Awesome Spyglass requires Crystal to create. The upgraded Spyglass lets you know the stats of creatures from further away and makes them easier to see.

Question: Do I Have To Gather Crystal?

Answer: You don’t have to gather Crystal, but if you want to move past early game and upgrade from metal to Tek gear, then it is highly recommended. Certain creatures cannot be ridden without saddles made with Crystal either.

Final Notes On Crystal In Ark

Crystal plays a crucial role in crafting in Ark: Survival Evolved, and in order to advance in the game, you need to use it. At first, you won’t need more than a few hundred, which can be gathered in one node. But soon enough, you will find yourself looking for fields of Crystal. I do hope that this Ark Crystal guide assisted you in finding that Crystal and making the most of it.