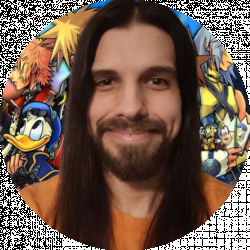 Dead By Daylight is a thrilling asymmetrical horror multiplayer game that has gained incredible popularity since its release in 2016. This is partially due to its continual updates and additions to the experience that keep fans returning for more, myself included.

The seasonal ranking system has undergone some changes over the years, and I’m here to keep you updated about how the current grades work.

There was a time when the game gave you limited progression potential, but that has shifted to a richer and more satisfying experience that reflects skill and commitment to the Fog.

I have progressed through the old and new ranks to the top, and the blood point rewards keep flowing. I’ve successfully risen to the peak multiple times with survivor and Killer, so I have the experience and knowledge to teach you what it takes to succeed.

In the current meta, climbing the bloody ladder can be slippery and disheartening if you’re a new player, especially for the Dead by Daylight killers in a realm of skilled survivors working together to thwart your every move.

Still, practice makes perfect for either class, and I’m here to decipher the sometimes confounding nature of the new grade system that was recently implemented. Let’s journey to the Fog together, so you know what goals to achieve! Welcome to a Dead By Daylight Ranks Guide.

Dead By Daylight wouldn’t be complete without their seasonal ranking system that gives you something to strive for instead of playing mindlessly. The new ranking system features grades that you progress through and increase your blood point rewards and status on the platform.

The emblems include bronze, silver, gold, and iridescent, with specific requirements for survivor and Killer, and a conscientious approach is a key to quickly ranking up through the grades.

The skill-based matchmaking system allows you to progress without being pitted against god-like players, and anyone can improve their skills with consistent practice.

Firstly, it’s essential to discern the difference between the old and new ranking systems. The key difference is that the old ranks were used for matchmaking, and the new grades have no bearing on this.

The current grades only represent your progression and rewards throughout the season. They are considered a more advanced form of the prior ranking system, and I believe it’s a better formula for the game.

If you’re new to Dead By Daylight, consider it a blessing from the Entity to have enhanced grades because they are more satiating and logical for everyone. Let’s discuss what makes the new qualities unique for players and how you can start progressing.

One difference is that ranks could be reduced through de-pipping in a match, whereas grades are now fixed. Previous ranks were reset to the most recent crest color, but now the grades are entirely reset back to the beginning, no matter what.

So, what exactly is the new grading system? Well, it’s like being in a classroom with Michael Myers as the instructor. His knife screeching against the chalkboard is a necessary evil for you to understand the profound lessons of the Entity in this frightful masterclass.

As of patch 5.2.0, players progress through grades while unlocking some tasty rewards. Killers and survivors have their respective grades, representing your progression through any season’s ranks.

A hidden matchmaking rating will determine who you are paired with, and the grades have no bearing on this pairing procedure. You cannot view the rank of other players because they have no relevance to matchmaking, but you can see your grade to gauge your level and experience.

It can encourage improvement and gives a sense of accomplishment when you play well enough to progress to the top and ace any test Michael Myers dishes out in the haunted classroom.

Do you remember the quality of your grades in school? An F was a nightmare, whereas an A made you leap for joy. With Dead By Daylight grades, there are five distinct qualities: ash, bronze, gold, silver, and the prestigious iridescent. Interestingly, you progress backward from four to one within each respective grade.

At the beginning of each season, everyone must rise from ash IV and start at the bottom of the barrel. It’s an encouraging progression system because you reset and begin the long climb up Samara’s dark well to the iridescent light each month.

Expect to lose some fingernails along the way. Below is the grade qualities outline so you can see it more clearly. The work is cut out for players each season and requires devotion to achieve the highest grade.

Since September 2021, Behaviour has implemented a skill-based matchmaking system to make things more fair and accessible to new players. As mentioned earlier, grades no longer influence who you’re paired with; this is a comforting reality. View new grades as a track of your progress through the season and how much you’ve played.

This is relevant because you are awarded blood points based on your monthly progression. The season consistently ends on the 13th, which isn’t a surprise for a game like Dead By Daylight. Keep an eye out for this date if you’re an avid player because that’s when you’ll get rewards for all your hard work.

Trust me; it’s worth the effort if you start and want to level up characters more quickly.

So you might be curious about the specifics regarding your seasonal rewards during the grading season, and I don’t blame you. After all, you expect to know what you’ll be paid at the start of any job.

Each season is like a temporary position and is immediately reset for you to progress again. You have exactly one month to achieve the maximum rewards.

In my experience, if you want to reach the higher echelon, it requires regular gaming sessions each day. Otherwise, you’ll need to grind immensely towards the middle and end if you’re slacking. Below you will discover the specifics of blood point rewards at the end of a season based on your grade progression.

Hopefully, it will encourage you to throw the hatchet swiftly and unlock maximum rewards! These bonuses will be added to your current amount of stocked blood points above the cap, but spending them immediately before entering a match is crucial because you can’t earn any more until you do.

Before entering another ranked trial, you want to be at least a couple hundred thousand below a million. Here are the rewards:

The Nature of Pipping

Pipping was in the old ranking system and translated to the new one. Pips are diamonds you accumulate at the end of a trial up to a maximum of two.

Your performance in a ranked game determines your grade, and it doesn’t count if you’re playing in a private lobby. The results are directly correlated with the emblem system at the end of a match for your reference.

Every grade has specific pips needed to improve your grade standing. Your performance will determine if you get +1, +2, or -1 pips. Underneath your grade, you will readily observe the pip slots needed to progress backward through the ranks.

Filling this will change your grade icon and give a sense of satisfaction knowing you’re playing DBD well.

The previous ranking system was brutal because you could continually go down in rank based on pips. The update ensures that you won’t lose your grade, but you can lose pips in the current one and remain in the same quality for a long time if you perform poorly consistently.

Once you obtain any grade, it’s yours to keep until the season reset, which is far more encouraging than the obsolete ranking rules. Below are the pip requirements for each of the grades.

Your pips will be determined by the emblem system and the quality level you obtain from any trial. Emblem points will be awarded and are based on emblem quality.

Performing well means that your emblems will yield more points and grant more robust progression. Poor execution will make it a slow and sometimes stagnating reality for some players. Observe below the emblem quality and their point awards:

The grading bar consists of sixteen subdivisions showing that the best result in a perfect game of four iridescent emblems will be a staggering sixteen emblem points.

I’ve achieved this countless times, and getting a perfect score with a double pip is a highly fulfilling feeling. It would help if you understood how many emblem points it takes to get a safety, single, or double pip.

There are specific pip conditions that I will outline for you below so you can actively interpret your match results and gain understanding. If you did well, it’s valuable to know why; it’s even more important to understand where your performance was lacking so you can consciously make tweaks to improve in future trials.

Question: Is the Ranking System Worth the Rewards?

Answer: This boils down to how many hours you have already invested into existing characters and your future goals with the game. For instance, some veteran players like myself might not care as much about attaining blood point rewards or getting to rank one if it has been achieved multiple times.

If you’re less experienced, it’s a thrilling and challenging progression to rank up and unlock the rift for various cosmetics, shards, and auric cells.

Question: Why are there Grades in Dead By Daylight?

Answer: Dead By Daylight hasn’t always had the same ranking or matchmaking system, and it’s always subject to change. The current grading is logical and gives you a sense of satisfaction throughout the season while grinding to achieve the top rank.

It gives you the incentive to play and offers players a heightened sense of accomplishment. Each match is significant; you must earn your pips by playing often and well.

Question: How Do I Get the Maximum Score to Rank Up Fast?

Answer: You can earn four distinct emblems as survivor and Killer within the trial. The quality of these emblems will reflect how well you played in different areas.

Simply put, the more you accomplish in-game, the more points you earn toward pip progression through the grading system. The fastest you can rank up is acquiring two pips maximum per match.

Conclusion: The Grading System Proves Your Skill & Commitment to DBD

Playing Dead By Daylight to increase your grade & prestige is a more fulfilling way to enjoy this iconic horror survival game. It gives you something to aspire to with specific goals while making you naturally better at the game. It might be harder to progress if you ignore the specifics, but following this guide will help you flourish.

No game is a guaranteed victory, and there will always be bad days. Just visit the Doctor at the Lery Memorial Institute and get rewired to survive or kill again in the Entity’s infinite trial of terror!

The beauty of this game is in the countless shifting dynamics and perk combinations that can help you thrive and find new viable strategies to improve. The perks you choose will impact how easy it is to attain higher-quality emblems and gain blood point rewards at the end of each season.

I have enjoyed walking you through the bloody basics of the grading system, and now it’s your job to explore the possibilities and rank up faster than the Hillbilly sprinting to his next victim!