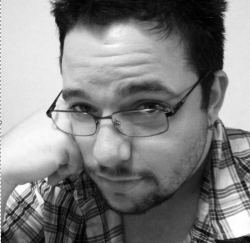 Mark LoProto
Mark's favorite gaming genre, hands-down, is the survival horror genre. He loves games to make resources scarce, make the player feel fragile and vulnerable, and then turn the mayhem up to max and see how things go. Outside of survival gaming, Mark usually unwinds after a long gaming session by building LEGOS, or watching a movie.

What’s rule #52 for surviving in Zombieland? “Don’t be afraid to ask for help?” I’d say that’s a rule you should absolutely keep in mind when surviving the zombie-filled world of DayZ.

Unfortunately, being available on PS4, Xbox One, and PC means that the people you may want to play with are trapped in their own undead apocalypse. Unless, of course, DayZ is unlike the multitude of online survival games and offers cross-platform multiplayer.

Bohemia Interactive crafted a challenging survival experience where players battle the elements, their body’s needs, other players, and a growing horde of flesh-hungry zombies.

It’s an enemy we’ve faced time and time again, but few zombie shooters or zombie survival horror games really challenge players by focusing on multiple threats. Brave adventurers may try to hoof it alone, sticking to the shadows and silently looting to prevent being a snack or the target of a roving band of miscreants.

Some may say the added difficulty of being alone elevates the game. I say it detracts from the overall experience and having at least one companion really ensures you get to enjoy all facets of DayZ – even being the bully to a hapless band of ill-equipped survivors.

If your best friend, brother, sister, or distant gaming buddy happens to be on a different platform, you’ll need DayZ to feature cross-platform gaming. Without it, you’ll be stuck scouring lobbies for remotely trustworthy survivors to team up with.

And take it from me – they’re likely to turn on you when things get tough.

Unfortunately, despite being four years old, Bohemia Interactive has still not bestowed the DayZ community with cross platform play. I understand that it’s not as simple as flipping a switch, but it seems odd today that games that play on this idea of limitless entertainment are marred by a massive limitation.

Though rumor was Bohemia had cross play support on its “to do” list during early access, a tweet from 2018 and the official FAQ confirm the developer has no plans of bringing together the three platforms in fear of causing a “noticeable disbalance in gameplay.”

DayZ is an online competitive and cooperative survival game set in a world full of the undead. Along with persistent threats from the growing horde of zombies, players also have to remain wary of the 59 other survivors on the server.

While you can work together, one wrong decision can cost you everything as DayZ features a punishing perma-death. When you die, you lose all that you’ve worked for and return to the world empty-handed.

DayZ plays out across an 89-square-mile map that’s full of hazards, from dangerous weather systems to ravenous wildlife. Resources are scarce in this open world, but what you can find is used to craft new tools, build encampments, manage your states, and, most importantly, survive.

Though there’s no built-in progression system, crafting more advanced tools and weapons is the equivalent of leveling up. You may not sink attribute points into your character’s stats, but the better your gear is, the more durable you’ll be. Every pitch-black night you stay alive and keep from becoming zombie fodder is the only progression you need.

A core component of the online experience is building a shelter to store resources and hide away when things get rough. Your base can be as big or as small as you’d like, but note that the bigger it is, the easier it will be for enemies to see.

DayZ allows players to build practically anything they want, from small hovels to sizable fortresses. If you have the materials and imagination, you can likely bring it to life. Be sure to choose servers with “Persistence On” to prolong the life of your builds.

Keeping On Your Feet

Amplifying the difficulty of DayZ is the in-game energy, water, and stamina levels. While depleting any of these won’t ultimately kill your character, they are crucial to surviving in the undead world.

Water and energy are both used to keep the player moving forward. These two stats dictate the recovery of blood. If too much blood is lost, the character will collapse and either fall unconscious, which is dangerous in DayZ, or outright die.

Keeping the water and energy meters up sounds like an easy task, but finding fresh water and edible fruit is one of the game‘s biggest challenges. Though your health meter is what ultimately keeps you alive, you can’t ignore the other indicators if you’re looking to prolong your time in DayZ.

You’re best to avoid combat as much as you can in DayZ. Unfortunately, it’s not always easy to do. Actually, it’s rarely easy to do, so be sure to keep well-stocked on tools to beat down the living and the dead alike. Players have access to melee and ranged weapons, though bullets for firearms are in very short supply. Additionally, the noise from a gun is sure to draw unwanted attention.

Stick to the shadows as much as possible and emerge for combat only when absolutely necessary. Zombies can swarm without warning, so keep an eye on your surroundings and never assume that there isn’t a zombie lurking behind a fence or wall.

Though DayZ doesn’t have cross play support, there are plenty of cross platform multiplayer games that do connect PlayStation, Xbox, and PC. Some even fall within a similar category or genre as DayZ.

Games like Evil Dead: the Game, Back 4 Blood, World War Z, and Dead by Daylight are all horror titles that fans can enjoy across multiple platforms. 7 Days to Die also features cross-play and is quite similar to DayZ in that it features the undead and base building.

Non-horror cross-platform games include Call of Duty: Warzone, Fortnite, Rocket League, Overwatch, and Minecraft. There are dozens of AAA and indie-developed titles that support cross-platform. Other titles include:

Whether you’re looking for a thrilling first-person shooter, a calmer platformer, or something entirely different, there is no shortage of cross-platform titles that bridge the gap between consoles and PC.

Answer: DayZ is not free. Bohemia Interactive offers the game as a standalone option or as a bundle with the Livonia Edition DLC, which includes a new map and dangers.Livonia can also be purchased on its own for players that already own DayZ.

Question: Can I Play DayZ Offline?

Answer: Though Bohemia Interactive once spoke of a single-player experience, DayZ is not currently available for offline play. However, there is an unofficial mod available that can be loaded into DayZ to make it offline.

Keep in mind that mods are not created by the original developer and may not be fully supported by the game. Some mods can lead to crashes, glitching, and instability while playing. Since installing mods requires you to alter the game’s directory on your computer, always create a backup directory.

Question: Will There be a DayZ 2?

The roadmap also noted an expanded story, the return of seasonal events, improved controls, and alterations to the Livonia DLC. Unfortunately, the roadmap makes no mention of a possible sequel in the future.

Even though it’s not cross-platform, there’s still a ton of fun to be had in DayZ. The player base across all platforms is still relatively high, so you won’t have any issues finding other survivors. Just remember, not everyone you meet will be friendly. If you want to tackle DayZ successfully, it’s best always to assume everyone wants to kill you. Paranoia is an effective tool, even after you’ve linked up with some potentially helpful players. You never know when someone may turn on you for the supplies in your backpack.

DayZ is brimming with excitement, whether you’re running from zombies or spending your collection of supplies on a fortress shelter. Go forth with a blunt object in hand and prepare for a hellish good time.