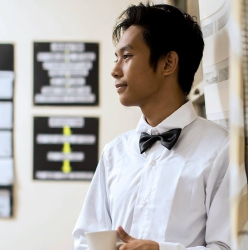 Arthur Monteclar
Arthur is a writer for Ready Game Survive and is a huge fan of survival titles like Don't Starve and Subnautica. Arthur has been in the writing business for years now, he is also a software programmer, so he understands the craft and effort invested in the gaming medium, and He is also fond of manga and anime.

The first Left 4 Dead game arguably introduced one of the most annoying Special Infected, the Boomer. They are tough to miss because of their obese build, unlike the Jockey, whose crouching figure makes it hard to shoot. They are effortless to kill because of their low health, unlike the Tank, which has massive health available.

Unlike the Chargers, they do not do heavy damage either, who will pin and smack you to the ground multiple times. They do not make you incapacitated as well, unlike the Hunter or the Smoker, who will grab you so that you cannot move.

If you have not played the game yet, this may sound confusing to you. After all, who would not want a zombie that is easy to kill, easy to find, and does not inflict lots of damage?

Brace yourselves if you are about to dive into your first campaign, as they will haunt your survival. Read on our Boomers Left 4 Dead Guide to learn more about Boomers and why you should be careful around them.

Boomers are Special Infected available in both Left 4 Dead and its sequel. They are obese zombies that move slowly and have low health. They will puke their bile towards the players.

They will also spread this when they explode during their death. A drenched survivor will attract hordes of zombies. Avoid being puked on by killing them from afar. When they are near you, shove them first, then attack.

What is the Boomer?

The Boomer is part of the eight Special Infected available throughout the Left 4 Dead games. They are bloated zombies caused by the mutation of the virus. They have extremely low health and can die from just one single gunshot.

Their obese build also makes them move slower than most zombies. The Boomer’s purpose is to slow down the progress of the survivors. They can blind them and generate confusion among the team. They are perfect for giving hordes of the common infected a chance to attack the players successfully.

Players can play as them in Versus and Realism Versus game modes. Other names for the Boomer are as follows: Puker; Fat Guy; Fat Thing; Barf Bag; Exploding Guy; Roly Poly; Goiter Man; Big Guy; and Aunt Bea. Their special ability is their bile, which I will discuss in detail within the following sections.

The Boomer’s Appearance in the Games

The Boomers are bloated male zombies with short black hair. They don a stained navy-blue shirt and brown pants, and their gigantic bellies stick out from their shirt.

Their skin has slowly turned gray due to the effects of either decomposition or their bile. They are full of blisters and large boils all around the body, especially the arms, the belly, and the neck. A large boil covers its right eye.

When they explode, the only thing left is their lower body. Due to the explosion, their pants will be covered in blood. The players can see the inside of the carcass from where the lower body exploded. The bloodied meat resembles fat along with black corruptions of the organs.

The Boomer’s design and appearance stay the same in this sequel, albeit with minor changes and additions. They still wear a stained navy-blue shirt and brown pants, but their black hair is shorter now.

Their skin is much more detailed, with wrinkles and deflated parts all over. There are fewer gigantic boils compared to the first game’s design. Yet they are still quite large and bloated.

The developers of the sequel added a female equivalent of the Boomers, termed as Female Boomers or Boomettes. They have short blond hair and don a stained navy-blue tank top and blue jean shorts. As the male counterpart, they are bloated, and their bellies are enormous.

However, they do not have boils like their male counterparts. Instead, their skin has fungus growing all around the body. Ringworms infect her legs highly, and her arms and wrists have turned black because of necrosis.

Some parts of their face, like eyes, have turned black, and their teeth have worn down due to the constant bile coming out from their mouths. Their abilities and functions remain the same, though, as the Female Boomers only differ in appearance.

Their primary method of attacking is their bile. Boomers can make large amounts of it which they emit from their mouths. They will vomit this bile towards the players in the game. This attracts hordes of zombies when a survivor has it on them. So, it is best to avoid being hit by a Boomer’s bile to avoid getting overwhelmed by many zombies.

However, the bile itself does not harm you directly. It simply attracts others to hurt you. It also obscures the player’s vision and removes their teammate’s outlines, causing confusion and panic among the team.

Other players will see a yellow outline around someone hit by a Boomer’s bile. It will not attract multiple hordes individually when it hits numerous players. Instead, a nearby horde will attack all survivors hit.

They can still damage players directly, but it is far too weak to be considered deadly. Boomers can use their claws to subtract two from a player’s health on normal mode. However, just like any other attack in the game, it can stop players from doing something such as helping up the incapacitated or filling up the gas in Jimmy Gibb Junior’s car.

Boomers explode when they die, releasing out a mix of blood and bile. If players are near the explosion, they will get sent back from the strong force. They will also get bile on them, which will still attract hordes of zombies.

The Boomer’s Abilities in Versus Mode

The Boomer is one of the seven Special Infected that are playable in the game through the Versus mode. This mode allows four players to hunt down four other players as zombies, and one can play as the Boomer. Below are the details of what you can do while playing as them.

It is said that their bloated appearance is due to a mutation of the Infection. It hijacked their body’s internal organs, most especially the stomach. This change seems to allow them to produce bile from their bodies. Their large bellies can house large quantities of it.

The mutation turned the Boomers’ skins fragile due to the intense bloating. As such, the slightest damage to their bodies can end up exploding and killing them. When they do explode, a mixture of blood and bile erupts outwards. Any survivor nearby can get pushed back from the strong eruption and drenched from the bile.

They have gigantic boils on their bodies, particularly their arms and face, in Left 4 Dead. This phenomenon could be that they exist due to toxic bile. These have been reduced in Left 4 Dead 2. Instead, the boomers have wrinkled and deflated skin with more blisters. They highlight the rotting process of their bodies.

The bile from Boomers has a unique chemical effect that makes them attractive to the infected. It gives off pheromones and stimulates the attention of zombies. They would attack the source of the bile wherever it may be.

Because of these unique properties, the fictional US government faction called the Civil Emergency and Defense Agency (or CEDA for short) developed a weapon of their own using the Boomer’s bile. Its name is the Bile Bomb, and it is a throwable glass jar with light-green bile inside. When a player throws it at a zombie, hordes will flock and attack the target.

CEDA may understand how the Boomer’s bile works. After all, they have manufactured a throwable bomb that functions similarly, except the targets are zombies. It is important to note that the Bile Bomb’s liquid is light green, yet the actual bile is dark green.

Strategies to Fight Against the Boomer

Boomers are fragile, yet they are immensely troublesome to face. Some players even consider them equally terrifying as Tanks due to the Boomer’s power to overwhelm the survivors with hordes. Here are some tips you should remember if you have problems dealing with Boomers in your campaign.

If You are Hit in Bile

Strategies to Fight as the Boomer

In Versus mode, you can play as the Boomer. Your goal is to confuse the survivors using your bile. Thus, you must strategically plan your position as vital in your gameplay. Overall, players of the game consider playing as the Boomer to support the other Special Infected. If you find yourself always dying before you can do anything, these tips may help you out.

If You Hit Someone with Bile

Achievements Related to the Boomer

In Left 4 Dead as a survivor

In Left 4 Dead as the Boomer

In Left 4 Dead 2 as a survivor

There are no achievements related to the Boomer if you are the survivor in Left 4 Dead 2.

In Left 4 Dead 2 as the Boomer

Survivor Quotes about the Boomer

The survivors would often comment about the presence of a Boomer. Below is a list of their quotes when they hear, spot, or get puked on by a Boomer.

Question: What Does the Boomer Sound Like in Left 4 Dead?

Answer: They make burping and vomiting sound a lot, so much so that they sound like pigs. The bile in their stomachs would also gurgle and slush around when they walked. Watch out for deep grunting sounds if you are looking out for a Boomer. The explosion from their death creates a super loud noise.

Question: Was a Left 4 Dead Boomer Present in Cabin in the Woods?

Answer: As a fun easter egg, the Boomer appears in the comedy-horror film Cabin in the Woods. In it, you can see several monsters in various glass prisons, one of them being the Boomer. Apparently, the game was supposed to have a DLC related to the film. However, MGM went bankrupt, and so the collaboration failed.

Question: Does the Bile Bomb Come from the Boomer’s Bile?

Question: Are there Mods about the Boomers in Left 4 Dead?

Answer: Yes, there are if you play on the PC. You can see them in the game’s workshop if you are playing using Steam. These mods usually alter the appearance of the Boomers or the music and sound surrounding them. You can make them look like Pudge from DOTA. You can change the music to play Boombastic by Shaggy when a Boomer is around.

Conclusion about the Boomer

The Boomer is an annoying Special Infected that will vomit their bile on you. This bile is extremely dangerous because hordes of zombies will come towards you and attack you if it hits you. They will also spill this liquid when they die since they explode upon death. Anyone nearby the explosion can get hit with the bile.

If you are playing as a survivor, avoid getting near the Boomers at all costs. You should kill them from a distance. Shove them away and retreat if you are too near them.

If you are hit with bile, go to a corner and kill incoming hordes of zombies with your melee weapon. You should also ask for help from your teammates to defend you from the incoming forces.

Hide and wait for the players if you are playing as the Boomer in Versus mode. Let them come to you. Do not charge directly towards them if you have no protection from the common infected.

Avoid being out in the open because the survivors can kill you pretty easily due to your low health. Move your aim slightly upwards to increase the range of your bile.