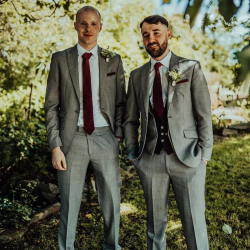 James Gibson
James is a sucker for a game that puts him in a constant state of peril. Whether it's hostile weather conditions, an abundance of enemies, or just a battle to get some grub, he's up for the challenge! James is also a huge fan of immersive RPG's, and the occasional sports game for a more casual gaming session. Then when he's not gaming, he's usually flipping guys over his shoulder at Jiu-Jitsu training.

There are so many games on the market today with thousands and thousands of avid fans and dedicated players that sometimes it is hard to find a suitable game for you.

That is why it’s so hard to move on from a game you truly enjoy and have sunk many hours into, even if it has begun to feel outdated or overplayed.

These were my thoughts when I started approaching my 100th hour in DayZ. I still enjoyed the game but felt a little tired of the little bugs and eccentricities the title forces you to accept.

For this reason, I began searching through various lists and recommendations for games like DayZ’. Of course, I had already heard of some of the titles recommended and played avidly; others were new to me and thus piqued my interest. After many hours of copious ‘hard work,’ I can confidently say that I have a list of games similar enough to DayZ that they can scratch whatever itch DayZ has helped you with in the past.

With this being said, why don’t we jump into this list and get you guys playing some new and exciting games? Let’s go! To cut this list down into something manageable and help me rule out some ill-fitting games, I needed to develop a series of rules that the games selected must fulfill. So, with that being said, here are the rules which determined the games chosen for this list:

Rust is probably the most similar game on this list compared to DayZ. Not only does the general gameplay revolve around scavenging and building up supplies, but there is also an undercurrent of PvP that keeps everyone on their toes and ensures a competitive element on almost every server.

This title will see the player placed in a random location with nothing but their wits and possibly a few friends to help them survive their first couple of hours.

During this time, the player must scavenge and hope to find enough high-tier loot to defend themselves from the myriad animals and players running around the map.

Dubbed by many as the spiritual successor of the entire Battle Royale genre, Escape From Tarkov has taken the gaming community by storm since its closed beta in 2017.

The title sees the player load into a particular server with gear collected from previous runs in order to find some high-tier/valuable loot and hopefully reach the extraction zone with said loot.

During these runs, the player will not only come up against other players, desperate to kill them and steal their hard-earned loot, but they will also face many AI soldiers who have a penchant for shooting on site.

The loot system deployed in Tarkov revolves around a black market wherein everything looted on a particular run or gathered over time can be sold or traded to gather better and better equipment for the next run.

Also, should the player be killed with this fantastic equipment on their person, it is lost forever, resulting in tense exchanges every time as players fight for survival and their hard-earned valuables.

Much like some of the other games on this list, Conan exiles is another take on the survival genre with a little twist added on top to make everything all the more interesting. In this case, the little twist is playing as a barbarian warrior in the Hyborian era instead of the usual trope of inserting zombies.

Apart from this difference, Conan Exiles has pretty much the same gameplay experience as Rust and/or Dayz, filled with the same survival game tropes as the rest and manifesting most of its enjoyment from player-created exchanges via the multiplayer mode.

The final entry in this list is probably the most famous, well-known, and profitable. Player Unknown’s Battlegrounds or PUBG sees the player parachute into one of several maps before engaging in a Battle Royale versus up to 100 other like-minded individuals in order to see who is the ‘winner, winner, chicken dinner!’ This can be done solo or as part of a team.

The general rhythm of each match is the same. Firstly, you land at your chosen location and loot around that area for some weapons and armor.

Then, so as to not be killed by an encroaching circle of blue gas, players are forced into a smaller and smaller combat circle wherein only one person or party may remain.

This results in the overall gameplay experience of PUBG being quite similar from game to game. However, this does not mean that it lacks some standout moments. After the game’s initial press tour, kicking off at E3 2017, Days Gone got stuck in a development cycle like no other, only releasing almost a whole year late in April of 2019.

The final game left a little to be desired for some fans but mostly lived up to all promises made at the biggest games conference in the world two years prior. The finished product places the player in the shoes of a lonely drifter named Deacon St. John, a man hellbent on helping out the last remaining human settlements situated in the Pacific Northwest of the United States.

Throughout this campaign, Deacon will not only fight off countless hordes of the undead and human combatants but also learn that his wife is still alive but missing, leading both Deacon and his friends down a path culminating in all-out war.

After a celestial event causes all of humanities electrical ingenuity to shut down,  Will Mackenzie, a bush pilot flying over the frozen lands of Northern Canada, crashes out of the air, landing in a world completely bereft of creature comforts and protection against the elements.

With this new reality in mind, you must play as Will Mackenzie and survive against anything and everything the new world has to throw at you. First and foremost, however, you have to get out of the cold.

As with many games on this list, the core similarity between this title and DayZ is the focus on survival and the mechanics embedded in the two that keep gamers on their toes at all times.

What I like the most about The Long Dark and DayZ is that they both remember the ultimate reason we all come home after a long day and throw on a game – to relax and enjoy ourselves. In this way, The Long Dark ensures a perfect balance of realism and playability.

Colony Survival is a voxel game; therefore, it can commonly be mistaken for Minecraft due to its design focusing solely on constantly repurposing 3D pixels or cubes.

The core of this game is relatively simple. Together with your colony members (controlled by the game’s AI), you must build a colony capable of feeding and maintaining itself and defending itself from waves upon waves of the undead when night falls.

The real beauty of this game comes via its multiplayer mode, allowing friends to set up bases and fight the undead together.

If you really love base building and surviving against hordes of the undead, then this may be an excellent alternative for you when DayZ has boiled your blood. However, if you really enjoy the realism of DayZ, I cannot think of a worse game to recommend. Unlike most of the other games on this list and DayZ in particular, the player does not run away or look to defend themselves against the monsters that roam around outside their compound in Hunt: Showdown.

Instead, the player and a couple of optional friends are tasked with leaving the safety of their home to hunt and collect bounties on several terrifying monsters the game’s developers could come up with.

In order to get these bounties and make it out alive, the player(s) often need to come up with detailed plans and strategies in order to ensure their victory. In this sense, the game begins to feel a lot like DayZ in terms of strategic planning and map awareness.

For those of you who don’t know, Hurtworld was released in closed beta back in 2015 and is mostly compared to titles such as Rust. This is due to its overall art style and core game mechanics.

Much like in Rust and DayZ, the majority of the action in Hurtworld comes via PvP exchanges across its varied and vast open world, complete with craftable bases and all the other Rust-like goof stuff.

The game is also known for its intense and varied collection of creatures and deep crafting system. All of this, combined with a detailed and layered survival system, creates a game that many see as much more complex than Rust and other similar titles.

Question: Can you Play DayZ on PS5?

Answer: Whilst there is no official release of DayZ for the PS5, players can still enjoy the game on the console due to the backward compatibility function of the system.

Answer: Whilst many adoring fans will say that it is the best survival game, DayZ is now more focused on the PvP element of the game rather than survival. Games such as Project Zomboid focus more intently on the survival element of the player experience than DayZ. However, many will say that DayZ was the first game of its kind and deserves some credit.

Question: Is There a Game like DayZ but Without Zombies?

Answer: The most similar game to DayZ without zombies has to be Rust, as it includes the PvP and survival elements of DayZ along with the newly modded base building and raiding mechanics of current DayZ.

So there you have it, a complete and comprehensive list of some of the best games similar to DayZ on the market today. Whilst none of these games do the same job as DayZ, some come very close, and others help to fill the hole that some players will feel during any sabbatical from the zombie-infested survival game.

I think DayZ is one of those games that other titles cannot hope to replicate. The genesis of the title out of Arma 3 and the passionate modding community that it still holds will always keep the title standing apart from others within the same genre.

However, this does not mean that you cannot get the same satisfaction from other unique and beautifully designed titles, such as those in this list. So, with all that being said, I really do hope you enjoyed this list and it has encouraged you to go out maybe and try something different for a change. Either way, good luck!